From 1962 to Now: A Brief Look at the History of the Shelby Cobra 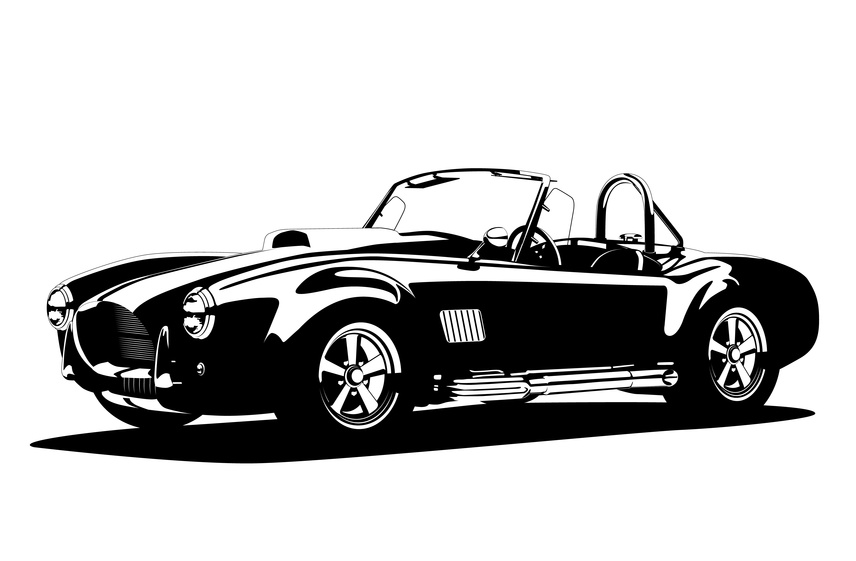 During the age of muscle cars, the Shelby Cobra was virtually unstoppable. Equipped with Ford's 260 engine, the first model packed a huge punch, and subsequent models packed even bigger surprises for car enthusiasts everywhere.

But what brought the Shelby Cobra to the present, where Cobra kit car manufacturers value original models above all else? Keep reading to learn just a little bit more about the fascinating history behind this iconic muscle car.

Carroll Shelby may have started as a race car driver, but his career truly began after a health condition forced him to retire from racing and get into something a little bit more technical. And so in 1962, the very first Shelby Cobra was introduced. It changed the way people looked at cars. The combination of a lightweight body -- weighing much less than the average 3,400-pound racing car -- small dimensions, and unrelenting horsepower created a phenomenon that took the sports car world by storm.

When the first Cobra took off, Shelby knew the car has more potential locked away. So in 1964, he began developing the Shelby Cobra 427, which would be powered with a Ford big block seven liter engine and hold an estimated 450 bhp and over 600 Nm of torque. It may seem strange to pack so much power into such a small frame, but the release of both Shelby's 289 and 427 Cobras were massive successes.

For many years, the Cobra 247 was the fastest American-made car on the market. It could go from zero to 60 MPH in just under four seconds, and from zero to 100 MPH in only 10.3 seconds. Unfortunately, the power and speed of this particular Cobra model were at a level of performance driving that many average car owners couldn't handle.

As the years passed and Shelby Cobras were no longer manufactured, they grew even more popular. Considering that there were only 348 copies created between 1965 and 1967, competition to collect authentic models is fierce. As a result, Cobra kit car manufacturers have cropped up, making it possible for enthusiasts to build their own replicas.

If there's one thing that Carroll Shelby left to the world, it was a love for American-made muscle cars. Who would have thought one of the world's most famous sports cars could have begun as a simple dream from a retired race car driver?

A Closer Look at the SFI Foundation: What They Do ...
Drive Through History With Shelby Cobra Kit Cars

More posts from author
Monday, 04 June 2018 Don't Let it Die: How to Make Your Car Last a Lifetime
Wednesday, 30 May 2018 Shelby Is Introducing Continuations of 2 Classic Cars
Monday, 09 April 2018 The New 2019 Shelby Mustang GT500: What to Expect From Ford's Most Powerful Street Legal Car
Monday, 12 March 2018 Replicas or the Real Thing: Which One is Best for Your Garage
Monday, 05 February 2018 Surprise! North Carolina Man Has $4 Million Worth of Classic Cars Sitting in Garage

Already Registered? Login Here
No comments made yet. Be the first to submit a comment

Is a Replica Car Kit Right for You?

Wait a minute, while we are rendering the calendar